There has been a real buzz in the past few years as Myanmar’s reform process appears to signal an increasingly positive economic outlook for the general population. As predicted in 2012 by international institutions like Asian Development Bank (ADB), the Gross Domestic Product (GDP) 2012 has grown each year for an extended period – an average of 7.15% in the years 2012-2018 – and the positive outlook seems set to continue.

This being the case the country’s GDP per capita could reach $2,000-$3,000 by 2030 which would essentially propel Myanmar into the ranks of the middle-income countries. According to a World Bank country report released in December 2018, Myanmar’s economic growth is expected to be around 6.2% in 2018-19.

What Does the Future Hold?

The World Bank country report on Myanmar for 2018/2019 states that projections of 6.6%GDP growth in 2020-2021 are expected, “helped by recent policy changes such as the adoption of the Myanmar Sustainable Development Plan, liberalization of wholesale and retail trade, implementation of the Myanmar Companies Law and large investments in infrastructure projects including those related to the Belt and Road Initiative”. Although still very focused on the agriculture, livestock, fisheries and forestry sectors, Myanmar’s economy has diversified significantly in recent years. Services sector growth is expected to be 7.6% in 2018-2019 and continued robust growth in telecommunications services and wholesale and retail trade is also contributing to this diversification. IBPC members often have wide portfolios of business interests and activities in Myanmar and therefore make ideal partners for entities looking to penetrate, or extend their foothold in, the market. 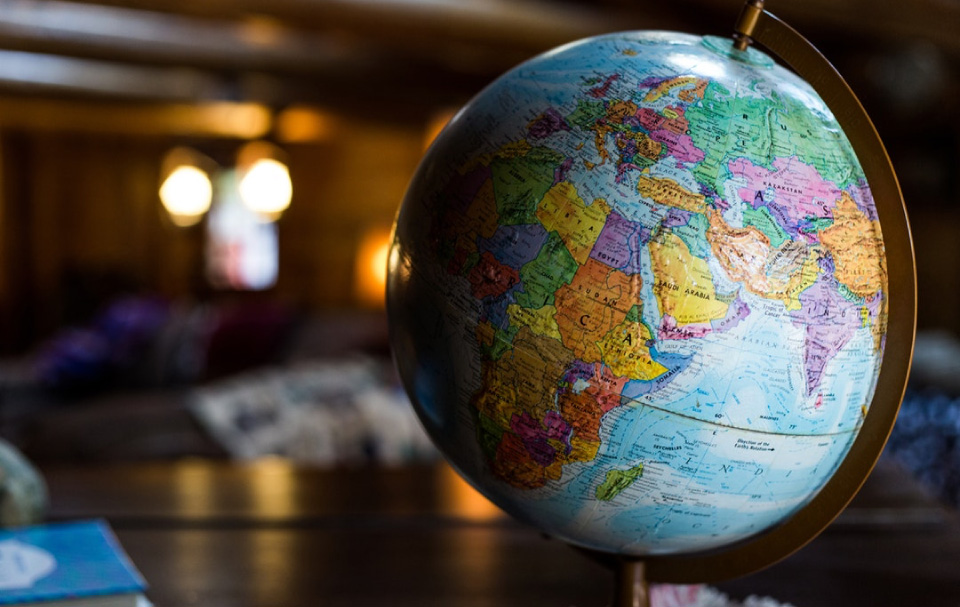 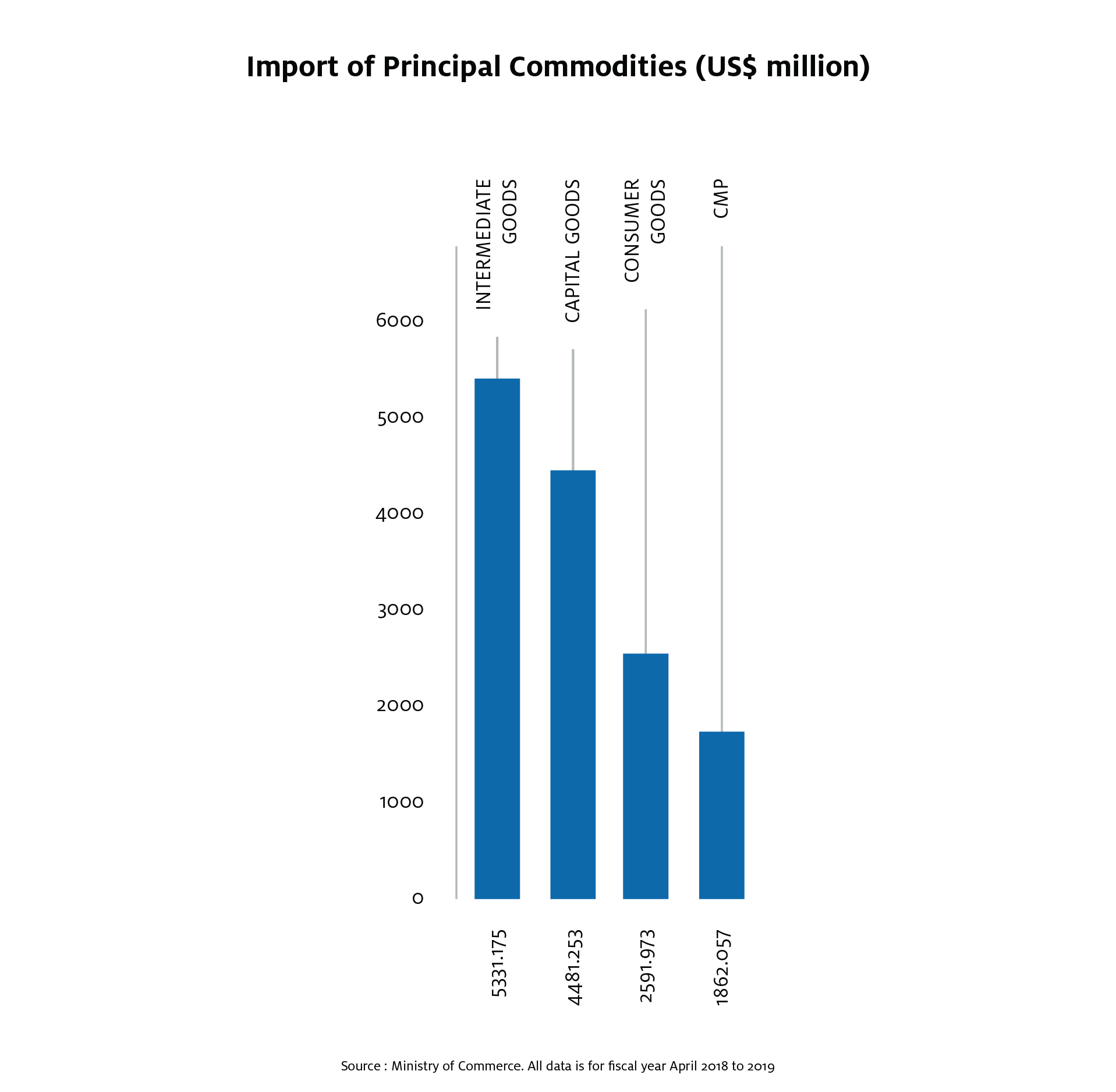 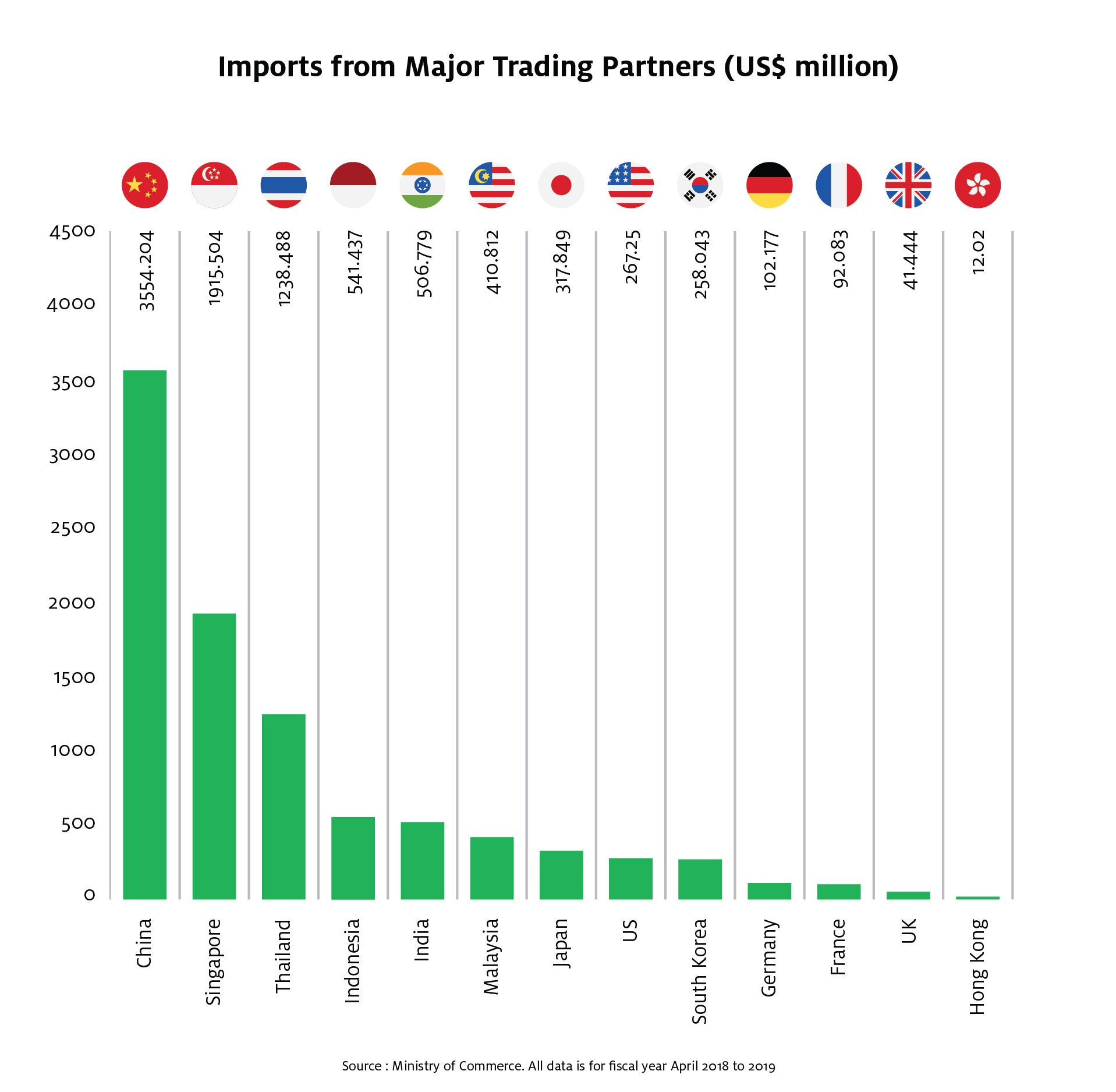 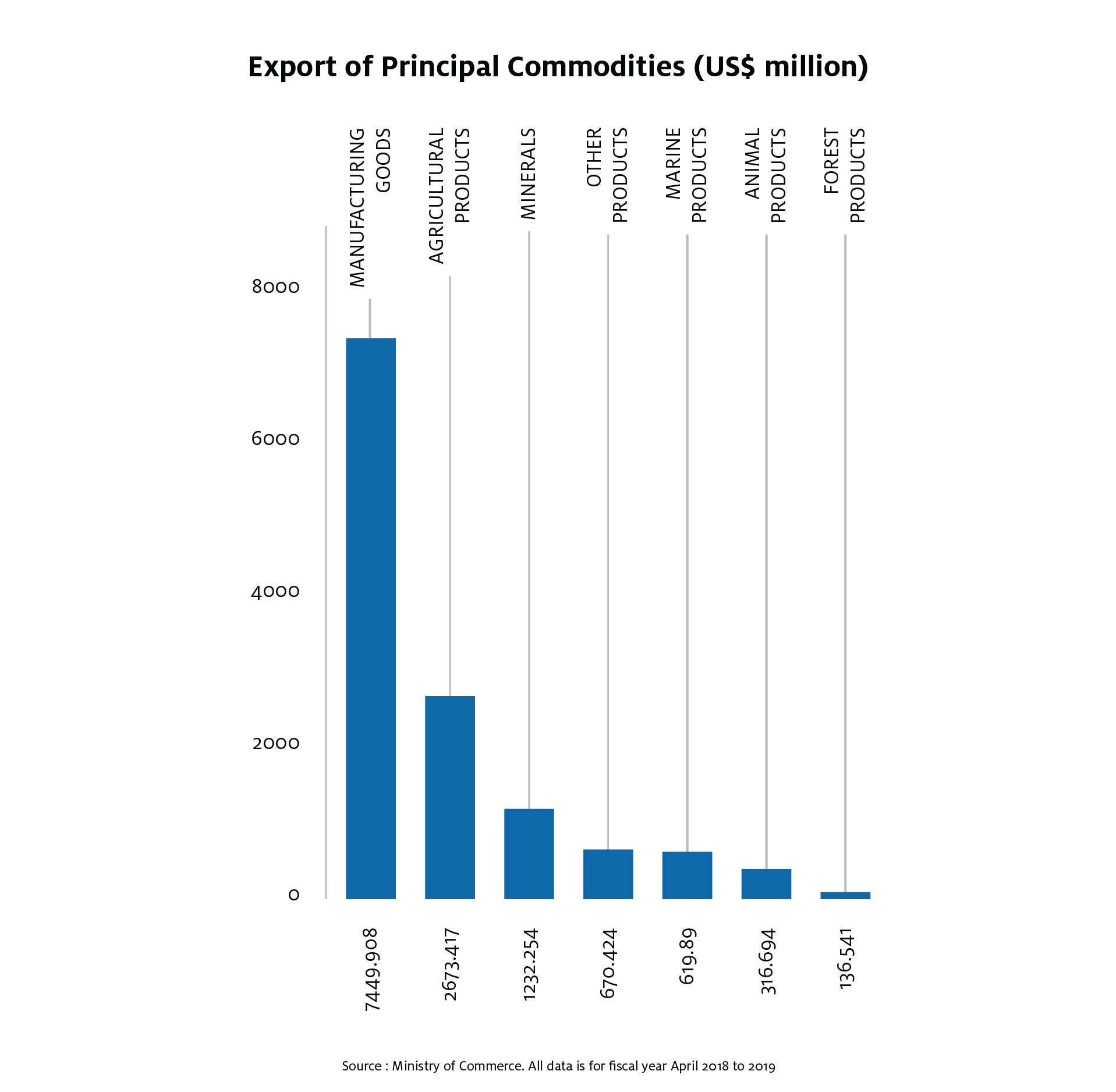 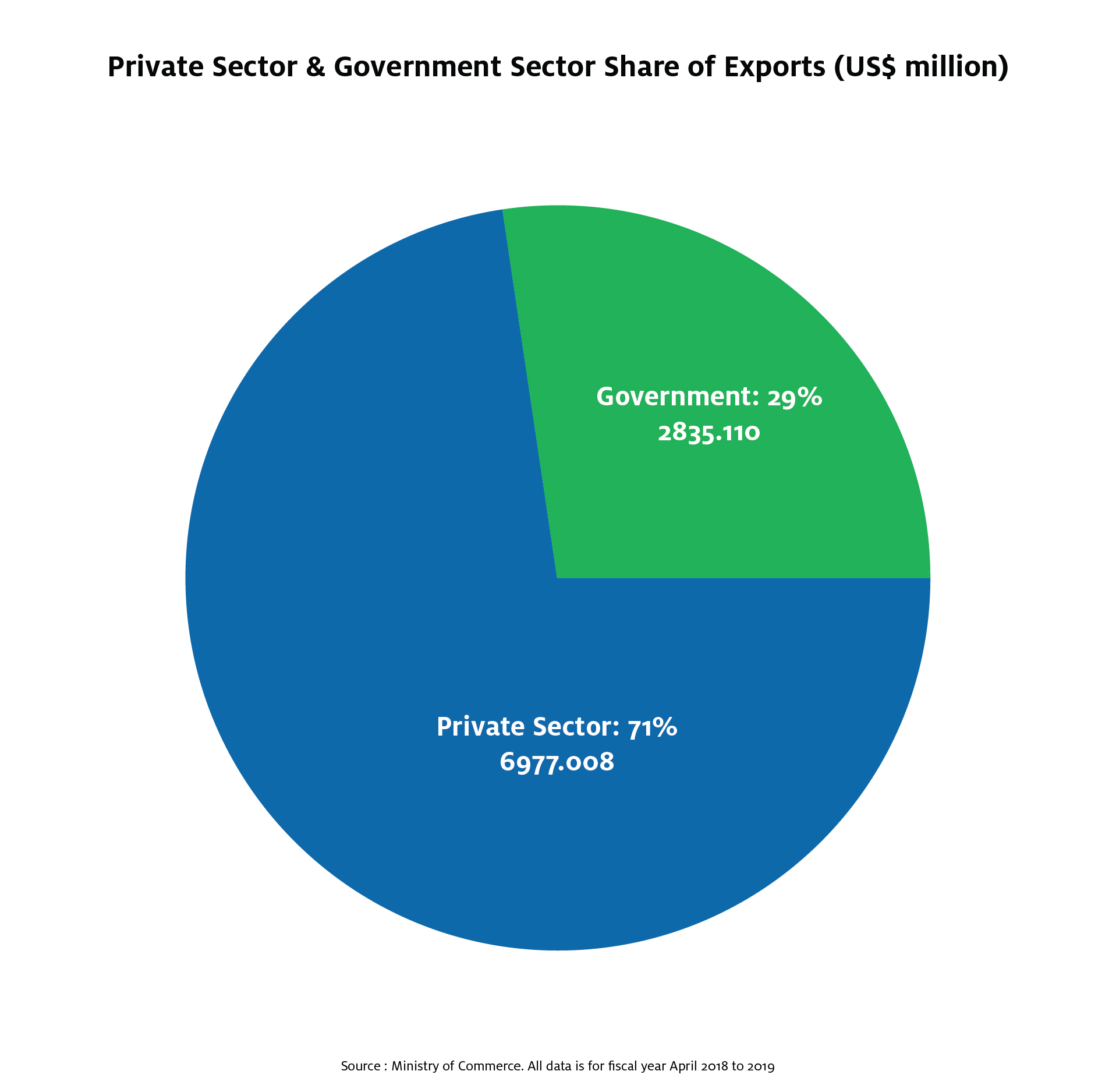 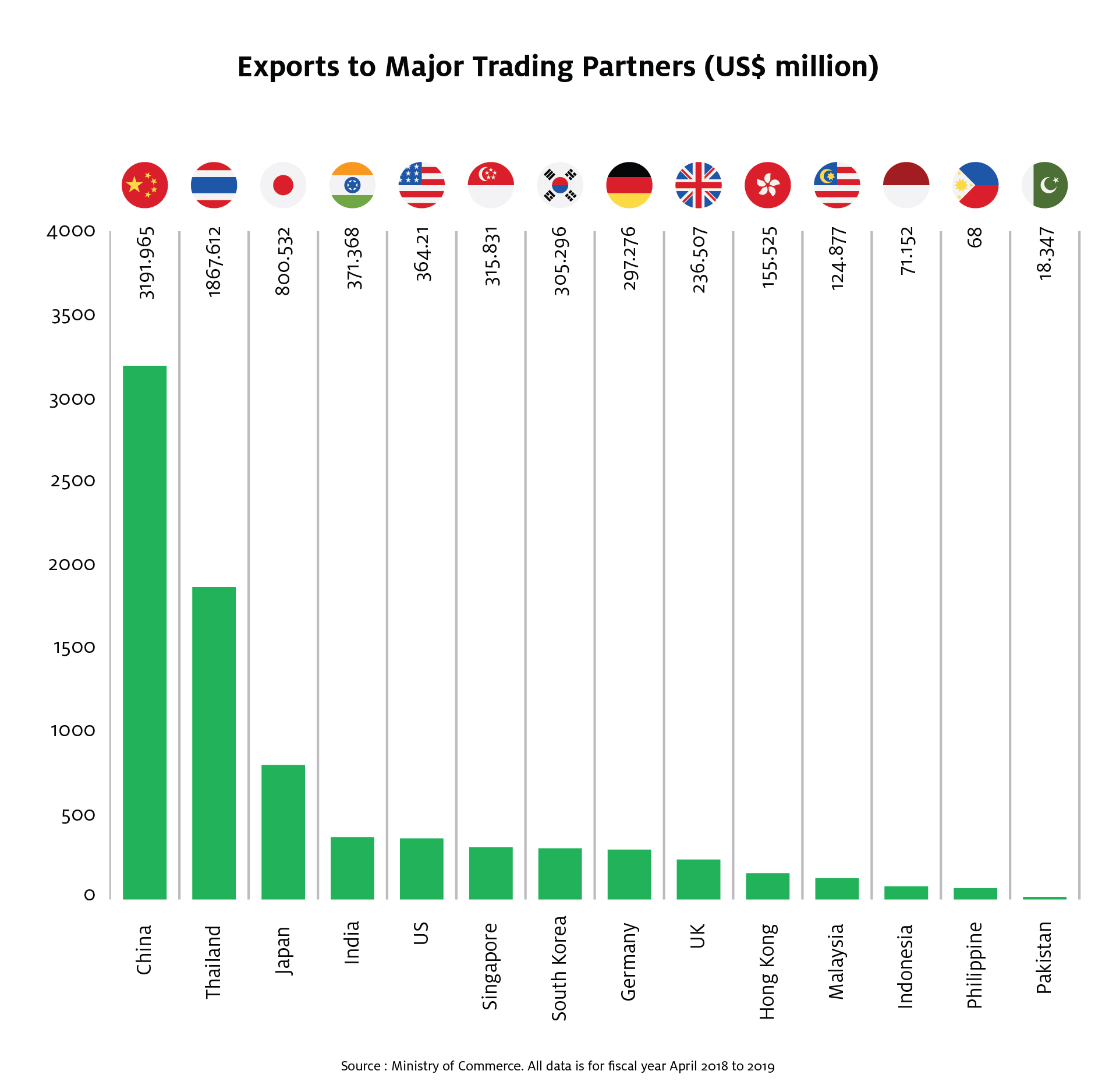 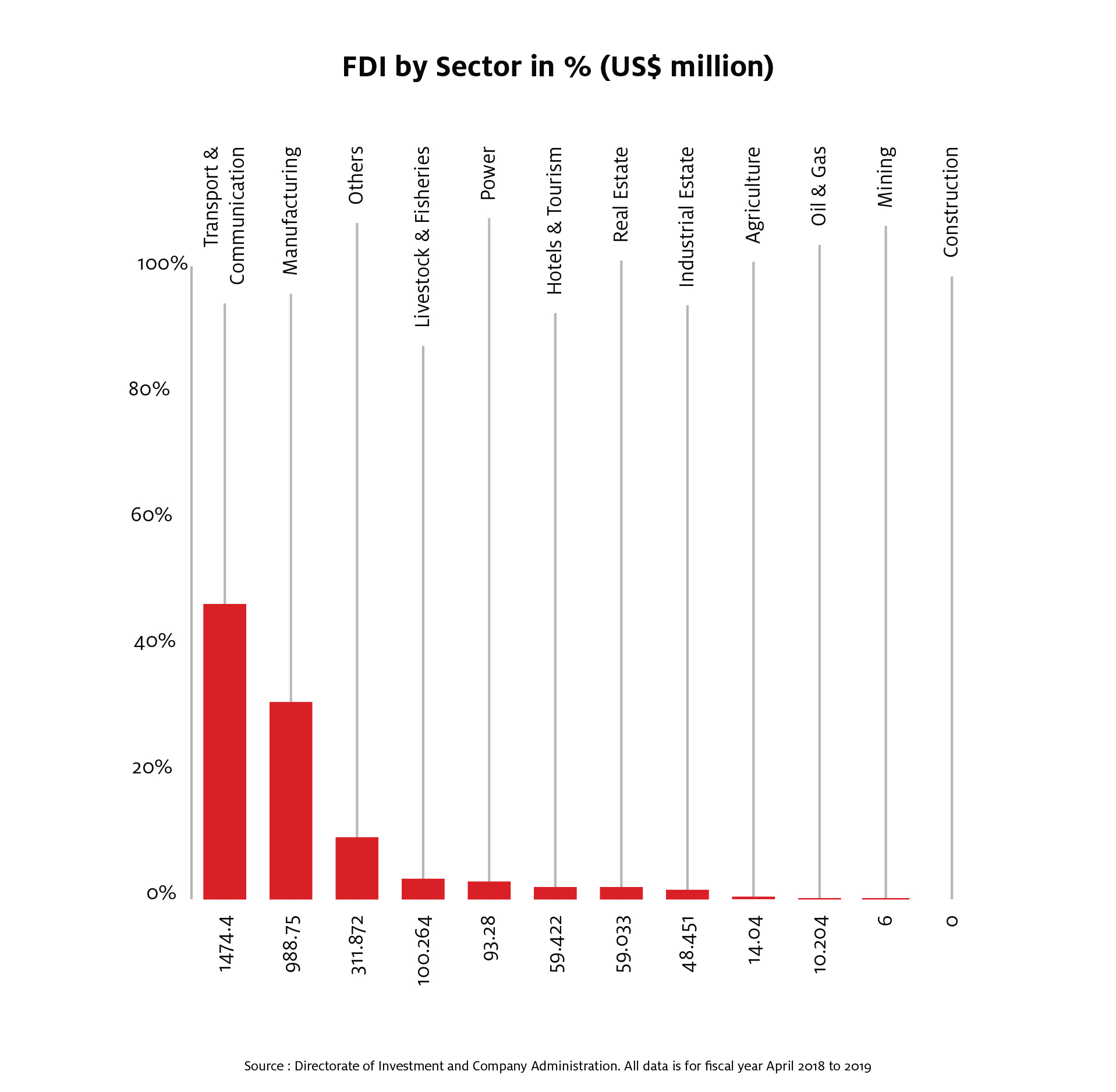 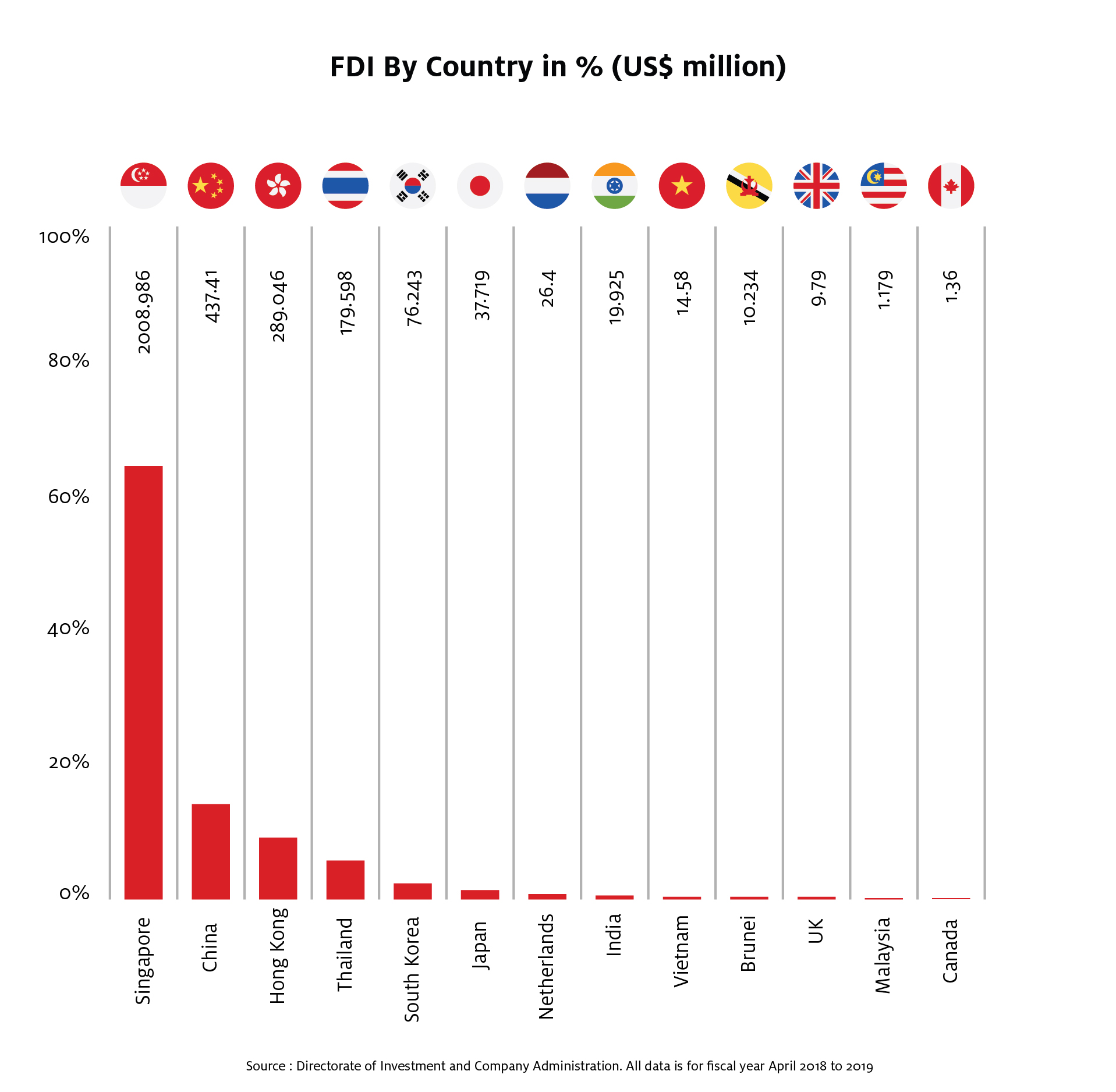 In a few short years the country has made impressive progress in a number of sectors, most notably in the penetration rate of telephony. Myanmar has been widely touted as the last frontier market and, although there are still a myriad of challenges to overcome, in particular poor infrastructure and a lack of electrification, this represents an excellent opportunity for foreign business, in both trade and investment terms. As Myanmar modernises, seeks to add value to its economy and creates greater shared prosperity for the population, so too can local and foreign business grow.

Myanmar at a Glance

The northernmost member of ASEAN, Myanmar is on the doorstep of the world’s two most populous nations – China and India – and it shares a 2,000km-long border with the former.

Geo-strategically speaking the nation is extraordinarily well positioned. Therefore, besides having an underproductive economy ripe with opportunity, a low – and as yet untapped – consumer base, Myanmar also has huge potential to become a hub for regional business with access to almost half the world’s population. 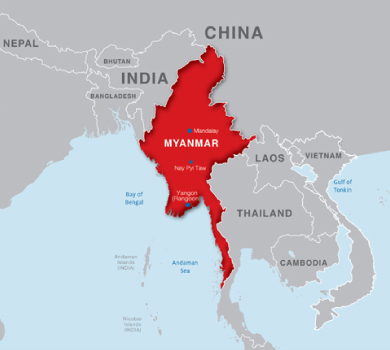 Official name: The Republic of the Union of Myanmar (as adopted in 1989)

Status: Independent from the UK (since 1948)

Southeast Asia Access to sea: Approximately 3,000 km of coastline on the Bay of Bengal & the Andaman Sea

Capital: Nay Pyi Taw (since its move from Yangon in 2005)

The Embassy of Israel to the Republic of the Union of Myanmar appreciates the opportunity we have had to cooperate with the International Business Promotion Centre (IBPC), its Founder, U Aik Htun and its members over the past years.