The Latest Business Trends in Myanmar

Considered one of the last frontier markets in Asia, Myanmar has a myriad of interesting business opportunities worth exploring. Investments made by both domestic and foreign players have the chance to be truly game changing for society, and to accelerate sustainable economic growth in the country, as well as be lucrative for investors looking to take their operations to the next level.

Though not always seen as an easy market to penetrate, the Myanmar government has taken significant steps to reform the required regulations and has thus created a more rewarding environment to intrigue the interests of foreign and domestic investors. One such example is the Myanmar Investment Law, which came into effect in October 2016.

According to the Directorate of Investment and Company Administration (DICA), Myanmar’s economy has consistently grown at approximately 8% since 2012. Over the fiscal year 2014-15, a GDP increase of 8.7% was mainly driven by developments and investments in the telecommunication sector (57.5%), extractive industries (50.5%), oil and gas (36.1%), construction (15.9%), manufacturing (9.7%) as well as growth in key service industries (e.g. tourism). A recent World Bank report entitled “Weathering Growing Risks” focusing on East Asia and the Pacific, highlighted risks to Myanmar’s future growth, including internal and external factors such as natural disasters, the Rakhine crisis, global trade policy uncertainty and the economic slowdown in China.

Although Myanmar’s GDP growth slowed to 6.5% from 6.8% in 2017-2018 (reportedly due to a slowdown in the services sector), on a positive note the World Bank forecasts that it is is expected to pick up gradually to 6.8% in the 2021-22 fiscal year, driven by investment in the manufacturing, insurance and construction sectors. The industrial sector, which represents 29% of the economy, is expected to continue to grow, driven by new investments in manufacturing.

In order to further facilitate investments in the country, particularly in manufacturing and industry, three Special Economic Zones (SEZ) have been developed.  These zones, in Thilawa (near Yangon), Dawei in Myanmar’s Southeastern Tanintharyi Region as well as Kyaukphyu in Rakhine State, are undergoing construction and are coupled with a separate legal framework granting investment incentives to companies in these SEZ. Thilawa, the first SEZ of Myanmar, started its operations in 2015 and is already home to numerous local and global players. Additional to this, several industrial zones have been established across the country. There are 14 industrial zones in Yangon Region, namely Mandalay, Monywa, Hpa An, Kalay, Shwebo, Myingyan, Meikhtila, Magway, Pakhokku, Yenanchaung, Taunggyi, Pyay, Mawlamyine, Pathein, Myaungmya, Hinthada, and Myeik.

As per the National Comprehensive Development Plan of Myanmar, the government is currently focusing on infrastructural and economic development in order to facilitate the integration of Myanmar into production networks of the Greater Mekong Sub-region (GMS) and Myanmar’s western neighbours.

So what are the different sectors where you can invest to get optimum returns? What are the growing sectors for investments in Myanmar? Let’s take a look at the various investment sectors in the country.

Myanmar, being an agro-based country has an abundance of fertile land and water resources. With its landscape, topography, dimensions and different climatic conditions across the country, it is very easy to grow rice, pulses, beans, fruits and vegetables in the country. While historically traditional, the agricultural economy is now being transformed into a productive and sustainable agro-economy.

Some of the key opportunities in agriculture in the country are:

With a coastline of 2,832 kilometers, along the Bay of Bengal and the Andaman Sea, fisheries represent an important opportunity for communities and businesses along the coastal areas of the country. The government permits foreign investment in the fisheries sector, so local companies can participate in joint ventures with foreign investors.

Key opportunities in this sector are:

As a LDC (Least Developed Country), Myanmar enjoys preferential tariff arrangements with the European Union. In recent times, fishery products from Myanmar also received approval to be exported to EU.

Since the economic and political awakening in the country, tourism and hospitality has been rapidly evolving in Myanmar. Currently, first time foreign visitors mostly visit Yangon, Bagan, Inle Lake, Nyaung Shwe and Mandalay. But Myanmar has a lot of unexplored destinations for tourists from traditional tribal villages in Kayah State and Chin State, to beautiful beaches and quaint heritage and architecture in Tanintharyi Region, and snow-capped mountains in Kachin State.

Key opportunities in tourism and hospitality are: 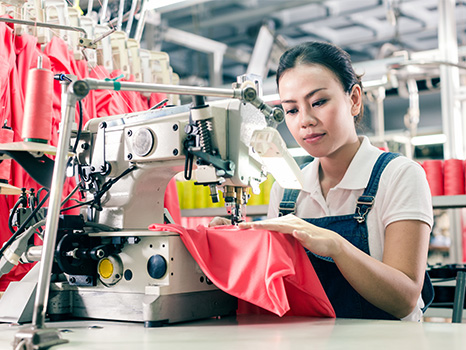 Due to direct access to strategic markets in Southeast Asia (ASEAN Economic Community) as well as to China and India, there are significant manufacturing opportunities in Myanmar. Preferential tariff arrangements are offered to least developed countries like Myanmar, so exports to various economic blocs like the European Union, and to Japan and so on, create unique economic incentives for investments in Myanmar.

Myanmar is in an outstanding position to access the regional and global markets. Improvements in the country’s infrastructure; power, land transport, rail transport, air transport, and sea ports, is currently being given the highest priority by the government. This is being done to establish efficient national and international supply chains for the country’s future economic growth.

Key opportunities in the infrastructure sector are:

Like all economies worldwide, Myanmar is going through a gradual migration of population, from rural to urban areas; driven by a diverse set of educational, professional and income opportunities. Along with urbanisation challenges, the country has a host of opportunities for local and foreign businesses which will address the obstacles and find solutions for better and smarter cities in a more livable and a sustainable environment.

Key opportunities are in this sector are:

3) Production and distribution of consumer and lifestyle articles

With all these developments taking place, navigating this exciting business environment can be a challenge. Guidance from regulatory bodies like DICA and MIC to oversee investments in the country are vital. However, the embassies, Chambers of Commerce and entities like International Business Promotion Centre (IBPC) are critical to thefostering of international cooperation and commerce between global businesses and their Myanmar counterparts.

IBPC, which was started in 1998 by Mr U AikHtun, the Chairman of Shwe Taung Group aims to work independently with industry players whose key interests lie in trading and investment in Myanmar. It provides an ideal forum for the exploration of the market by foreign investors as well as an opportunity to find suitable local partners who can provide the necessary intel and support in this evolving economic landscape to ensure the mutual benefit of all parties.

Myanmar is undergoing a fundamental political and economic transformation to a democratic, federal and peaceful nation. Additionally, the Government of Myanmar is highly committed and warmly invites responsible investors to pursue business opportunities that help grow and shape the “New Myanmar” and accelerate the realisation of national development goals through sustainable economic development on a countrywide scale.

Back to all blogs