Why now is the time to do business with Myanmar

Myanmar, geo-strategically located between India and China, has undergone an impressive transformation since it started opening up to the international community in 2011. It has witnessed significant growth in the country’s foreign investments and the tourism business. Much is yet to be done but a recently conducted survey by the World Bank listed Myanmar in the top-20 improvers in doing business in 2020.

According to the World Bank, “Myanmar implemented five initiatives that enhanced its business environment”. These initiatives include the launch of an online company registration portal for easing the process, and speeding up the property registration process by streamlining deed registrations and appraisals. The courts of Myanmar have also started publishing performance measurement reports to continuously judge and improve the process of investments in the future.

According to Mr U Aung Naing Oo, the Permanent Secretary for the Ministry for Investment and Foreign Economic Relations (MIFER), Myanmar, “Myanmar has formed a taskforce to increase the ease of doing business in the country last year. The taskforce is working with businesses to help streamline operations.”

Let us take a look at some factors contributing to Myanmar’s improving status and explore why Myanmar is increasingly attracting the attention of foreign investors from across the world.

The current government of Myanmar has brought several important amendments to their Myanmar Companies Law in the country; two of which are protection of the rights of investors and giving foreign investors the right to use land and trade funds. Also, a new ministry has been created to draw up the Myanmar Sustainable Development Plan (MSDP), which is meant to promote equal development in the social and economic sectors of the country. Additionally, the Myanmar Investment Promotion Plan (MIPP) has been introduced, which aims to attract more than US$200 billion of investments from businesses over the next 20 years.

Myanmar is the largest country in mainland Southeast Asia with direct access to two major international markets, China and India through land and sea routes. The government of Myanmar, after decades of isolation from the international market, is now establishing much needed national and international supply chain structures for future economic growth of the country, particularly with regards power, rail, roads and sea route infrastructure.

With a total population of 54 million and a GDP growth of around 7%, Myanmar is growing rapidly to become one of the favourite countries for foreign investors and new businesses. Another aspect working towards Myanmar’s growth in the manufacturing sector is the availability of cheap labour and a youth centric workforce.

Currently, the ruling National League of Democracy (NLD) party, headed up by State Counsellor Aung San Suu Kyi, is focusing on the following sectors to increase the development of the country’s economy through international investments in Myanmar:

Myanmar is well known for its abundance of natural resources of all kinds, most of which are largely untapped. These include oil and gas, various minerals, precious stones and gems, timber and forest products, hydropower potential, etc.

As more international investment flows into the country, Myanmar’s citizens have the chance to embrace new opportunities and develop skills which will position them for the future and are essential for the growing economy.

With all these reforms and infrastructural improvements, the government of the country is also focusing on easing the process for investors from across the world to invest in Myanmar. Some major reforms in the Companies Law have enabled investors from across the world to look at Myanmar as an opportunity for growth and development. This makes it the perfect time to explore how your business could benefit from either being present in Myanmar or by trading with entities in the country, who are right on the doorstep of the two largest nations in the world, China and India.

So which are the key agencies and corporations responsible for getting global companies and entrepreneurs interested in, and investing in, Myanmar? Who do international investors and traders reach out to when they want to kick-start or develop their relations in the country?

Directorate of Investment and Company Administration (DICA), the primary interface between a prospective business and the government, is contactable online for company registration.

DICA is a regulator, registrar and a promoter of companies and investors. Furthermore, DICA is also responsible for drafting, negotiating and approving bilateral investment promotion and protection agreements and serves as a focal department for all ASEAN (Association of Southeast Asian Nations) investment related affairs.

One of the key roles of DICA today is encouraging and facilitating both foreign and local investments by being the mediator between investors and the ever-growing business opportunities in Myanmar.

The Myanmar Investment Commission (MIC) is a government appointed body which is responsible for verifying and approving investment proposals and regularly issues notifications about sector-specific developments. With the change in the Myanmar Investment Law, so too has the role of the MIC. A new endorsement process has been put in place, where proposals are fast-tracked by being endorsed by the MIC, making the process of investing a lot easier and faster.

Some objectives of MIC are:

Information on the Departmental Cooperation Team (One Stop Service)

The One Stop Service, established under Section 14 of the Myanmar Investment Law, aims to provide guidelines for implementation to investors, accept applications and requests for information of measures taken by government departments and to assist the Investment Monitoring Division.

The work is carried out by a team which consists of authorised officers from various government departments and organisations.

Over the years these have been growing in numbers. 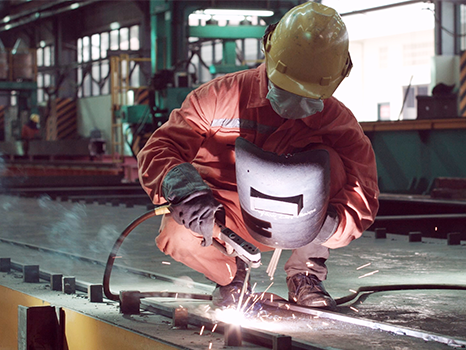 With over 100 of the most influential Burmese businessmen as its members, International Business Promotion Centre (IBPC) works towards fostering international cooperation and commerce between global businesses and their Myanmar counterparts. A private sector led entity, IBPC is extremely well positioned to help investors to navigate Myanmar’s business environment.

Founded by Mr U Aik Htun, the Chairman of Shwe Taung Group, a major local conglomerate with diversified business activities, IBPC was started in 1998. IBPC mainly aims to work independently with industry players whose key interests lie in investments in Myanmar. Several companies looking to invest in the country have found collaborating with IBPC an extremely valuable experience. Many have worked an IBPC member as an entry point into the market or have developed ongoing mutually beneficial relations.

Some of the major activities carried out by IBPC are:

With these agencies and a robust online system in place for companies, now is the best time to invest in a growing economy to reap early benefits from Myanmar. Although the country is still very focused on sectors like agriculture, fisheries, livestock and forestry, Myanmar’s economy has diversified significantly in the recent years. A growth of 7.6% in the services sector and continued growth in the telecommunications, wholesale and retail sectors are major contributors to the country’s GDP growth.

Myanmar, as a country, is at a juncture where traditions and modernity combine for a unique experience - both in the business world and in society in general. People are open to new ideas, investments and willing to explore foreign cultures and influences. So, if you are thinking about doing business with Myanmar or making an investment in the country, there is no time like the present.

Back to all blogs